Karen Wilkie is Deputy General Secretary of the Co-operative Party 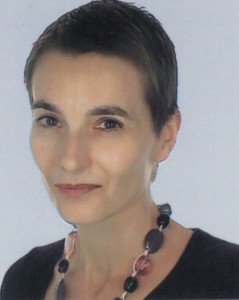 This year we celebrated the 100th International Women’s Day, and that led me to thinking about the life and work of a woman who was born exactly 100 years before I was, and what she would think about the role of women in politics today.

Margaret Llewelyn Davies was born in 1861.  She took the role of General Secretary of the Co-operative Women’s Guild (without pay) in 1889, and led them for over 30 years, organising campaigns on women’s rights from marriage to the vote to wages.

Sometimes this was in the face of opposition from men in the co-op movement.  The Co-op Union withdrew funding from the Guild when they refused to drop their campaign for equal divorce laws.  Margaret persisted, raising money locally, and the campaign was successful.

The women from the Co-operative Women’s Guild knew however, before the right to vote was won, that power didn’t just come from the ballot box.  Margaret Davies urged women to understand that they had power as the primary consumers and could influence how and where money was spent; and she urged them to organise to exert that influence.

Many of us have similar choices today.  Where you shop and what you buy matters, not just in Fairtrade Fortnight but every day.  You can choose whether to shop with any supermarket or with the Co-op.   More than that, you can get involved in the democratic structures of the Co-op, an organisation owned by its members.  How many people know that the Co-operative Bank, a successful and ethical financial institution, is headed, not by a banker, but by a Methodist minister & local councillor?  Women like you and I can and should be involved in the retail co-op movement, and the Co-op Group is currently launching a campaign to make sure that far more women are active in its structures at every level.

The Co-operative Party began in 1917, just a few short months before women won the vote, and the combined opportunities were noted by Margaret Davies when she wrote The Vote at Last!  More Power to Co-operation.

The Party now has women in both Houses of Parliament – led by Meg Hillier MP – and in the Scottish Parliament, Welsh Assembly and in councils across the country.  I don’t know whether Margaret would have been proud that they are there, or disappointed that there are too few of them.  Probably a mixture of both.

Women are still under-represented at all levels in politics.  In 2010, we re-launched the Co-operative Party Women’s Network to encourage more women co-operators to take a political lead.  The network aims to use the skills and support of our existing (and retired) women politicians to help and encourage other women to get selected and elected.   This support ranges from encouragement and mentoring to written advice on selection procedures and ‘what I wish I’d known’.

Since we launched the network though, far more women have come forward to offer help than to ask for it.  I think that says a lot about women and co-operators.

You may not want to be an MP or councillor now or ever, but you all know a woman who would be brilliant – if only someone would say “you could do that and I will support you”.  So if you don’t want to do it yourself, resolve today to help another woman into politics and to be her champion.

We won’t all go down in history as Margaret has, but some of us might.  And maybe when someone like me writes for our great granddaughters as they celebrate 200 years of International Women’s Day, she will be writing about one of you.

Karen Wilkie is leading  the Party’s strategy to help more women from the co-operative movement into politics.

She has worked for the Co-operative Party since 1995, and is based in Cardiff.
Prior to joining the Co-operative Party’s staff, Karen spent twelve years in local government: – as a Labour Group Research and Policy officer and in Equal Opportunities and Education.  She was also a trade union representative from the age of 18 and the first Equal Opportunities Officer for Derbyshire NALGO.  She was a member of the NUS National Executive, and President of NUS Wales in 1991/92.
Karen is currently Vice-Chair of Welsh Labour and serves on the Welsh Executive Committee and the Economy Commission.  She is a Board Member of ProMo Cymru and Elan Wales, and a founder member of Co-operatives & Mutuals Wales.
She can be contacted at [email protected]