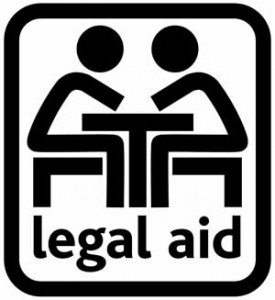 When I was asked to write this article I was struck by just how enormous a subject Legal Aid is, and the more I thought about it, just how important it is to a free and fair society.

In order that this does not end up as sequel to War and Peace in length, I will limit myself to criminal legal aid, and as a solicitor qualified for 23 years, the majority of those practicing in crime, I think I can count myself qualified on this subject! And no, I am not going to go on about how badly we are paid or the unsocial hours – we chose to do this job, and quite frankly, no-one has ever had much sympathy for criminal lawyers in this country. Instead I will concentrate on how ordinary, working, people are affected by what is going on, things that perhaps they do not know.

A quick history lesson to start with then – the Legal Aid and Advice Act 1949 extended the welfare state so that those unable to pay for a solicitor were able to access free legal help. Its precursor was the Poor Prisoners Defence Act of 1930 which introduced criminal legal aid for appearances in magistrates’ courts. It was described by Lord Beecham as “one of the great pillars of the post war welfare state.”

Everyone thinks of the welfare state as epitomised by the NHS, and in some ways it and criminal legal aid have common principles. Criminal legal aid, if you are arrested and taken to the Police Station, is free at the point of access – everyone under arrest at the Police Station can access free legal advice, at least on the telephone and in the majority of cases, in person.

Legal Aid can also provide for court representation in both Magistrates and Crown Court, and there again a comparison with the NHS arises – your GP can deal with the majority of ailments, but if there is a more serious issue, then you can be referred on to a Consultant. Most criminal law problems can be dealt with by your local solicitor, but if it is more serious, you can be referred on to an independent Barrister. It is admittedly a slightly crude analogy, but it gives you the basic idea.

It is probably there that we have to leave the comparison though, for legal aid is both merits and means tested, and if you don’t satisfy both criteria, then you will not be given legal aid for your criminal case.

It is through means testing in particular that the erosion of access to legal aid has taken place. Increasingly governments have moved the goal posts so that people who previously would have qualified no longer do, and it is those on middle incomes who will find this out, quite literally to their cost.

If you earn over £37,500 a year then you will not (subject to the Legal Aid Agency deciding that you suffer from exceptional financial hardship, and good luck with that!) receive legal aid. Now on the face of it, that sounds reasonable, it seems a decent income, but pause for a moment. Someone with that level of income who has a partner, children, a mortgage, household bills, they are not in reality going to have much disposable income. But they are excluded when it comes to court proceedings.

You might think that they can have a solicitor / barrister on a “no win no fee” basis, after all there are plenty of those advertising on daytime TV for personal injury claims. No. Such fee arrangements are forbidden in criminal cases.

OK then, if they pay privately and they succeed then they can get their costs back at the end of the case. Again, no, not entirely. If you win – and nothing is ever guaranteed in a case – and if the court does order your costs, then you will get your costs back. But only at legal aid rates. Some legal aid rates were set as long ago as 1996, and are substantially less than the current market rate – as the Deputy Speaker of the House of Commons Nigel Evans found out to his cost.

And that is unfair. If the state will not assist to represent you, then when you are acquitted because a court has decided that it is not sure that you have done anything wrong, that you can’t get your fees back. After all, you have paid tax on the money in the first place, so the state has already taken money from you.

Think of it this way, paying a small amount of tax for criminal legal aid (It is not a huge amount of tax per person, quite the opposite, the amount spent on the criminal legal aid in a year would not keep the NHS running for a week) is like paying for your car insurance. We all have to pay for it for the benefit of everyone, and whilst we would perhaps rather not pay it and spend the money on something else more fun, we know we have to so that it’s there to help us if we ever need it. And just like car insurance, we hope that with legal aid we are never in the situation when we have to claim for it.

So the next time you see a headline about criminal legal aid, think of it like car insurance, something you don’t really want but something when your son, daughter, loved one, is arrested, you will be glad that it is there. When they are in the Police Station and someone will come to their aid at all hours of the day and night, at 45minutes notice, will provide professional, expert advice, and will fight their corner, you will see just how far that small amount of tax can go.