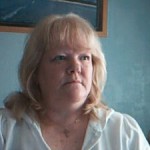 What’s happening to us?
Day after day,week after week and month after month I have watched a country I was once proud of turn on itself.
Man against man, woman against woman, race against race and class against class.
Each blaming the other for the sorry state of our once great nation. I am non political, I consider myself to be well educated and keep abreast of most current affairs, so I have watched us all tearing each other and ultimately ourselves apart, bit by certain bit.
Why is this happening?
Two reasons I can think of for this sorry state of affairs-
1) the root of all evil, money!
Those that have want to keep and those that don’t have would like. There is an ever increasing chasm opening between the haves and the have nots with each blaming the other for the situation.
I don’t think this is new, it has always been this way and the likelihood of it changing is slim to non existent.
Why?
Because those that have, and I don’t mean a little more than the rest here, I mean the elite, are never going to step down from their secure fortresses to assist the likes of you or I.
They reside in a different world to the one most of us inhabit, they are secure in their safe houses, their money assures their safety, it buys them peace of mind.
Would you give that up?
Or even share that?
Of course you wouldn’t, you would do whatever was necessary to keep the status quo and I think recently many of us have seen just exactly what they are prepared to do.
Who then are the have nots?
Used to be ‘middle class’
I guess those are now referred to as ‘working class’
And then ‘lower class’ I have to admit that I was never sure of exactly who would be considered to be in this group….homeless? Beggars? Unemployed?
My generation was supposedly growing up in a ‘class less’ society!
All men being equal and all that hype, because that’s what it was, hype!
We will never be a class less society, all that has happened is that more and more people are now finding themselves in the lower classes.
Those who had a job and through no fault of their own lost it=lower class, all sick/disabled reliant on (any) benefits =lower class, unemployed =lower class, And on and on.
You could be middle class (working) one week and lower class the next, it seems the only people who are immune from all the changes, the hardship are the ‘upper classes’ the elite, those who are protecting themselves from the ever increasing cost of living, protecting themselves from the disappearing NHS, protecting themselves from job losses.
This brings me to point
2)
Society, yes society is it’s own worse enemy because basically society has become selfish, it has turned into every man for himself, not just in those ‘upper classes’ where it has always been but also in the ‘working & lower classes’
Every one blames every one else, they point the finger at different groups, immigrants, sick, disabled, unemployed instead of pulling together as a society and standing tall and proud as we once did.
A community can’t stand together whilst they are being encouraged to ‘watch their neighbours for cheating’ or fighting over the ever decreasing pot of funding for their services.
So whilst we all Point the finger of blame at each other and watch the country tear itself apart the Great will never be returned to it’s rightful place at the front of Britain.