It started as a conversation between two friends fuelled by a week of unfair bullying from the Tory press on Labour Leader – Ed Miliband. “Shall we try to get this trending?” We uttered in amusement knowing how tough & fickle twitter can be! In the end we (@charliewoof81 & @jon_swindon) decided to give it a go! Nothing to lose right? Even if we were the only ones to tweet it, we’d take pride in showing the world that despite the diatribe of abuse we are battered with on a daily basis that we appreciate Ed & back him 100%.
We set about making some pictures featuring the hashtag #webackEd & at 7am on Saturday morning I started tweeting it to everyone I knew from followers who weren’t that political to shadow cabinet members, Jon took over in the afternoon when I was busy working and shared with his thousands of his followers who already hang on his every word as a Labour activist firebrand.

When it came to 6pm I was dubious about the response we would get, I’d had some backlash from the usual trolls & Right Wing commentators, bitter as ever! But as it took off I suddenly realised what we’d started! My phone froze & I literally could not access twitter for all the messages I was receiving! An outpouring for support from Labour activist’s and people finally given a voice to air their frustrations at the unfair media that had been giving Mr Miliband a hard time for too long. The rest is history, trending for 23 hours at this point & mentioned all over the news & press. The point is this is NOT about politicians & the mainstream media, this is about giving a voice to the people, the people who are tired of this government, a government who have stripped them of all but their fight & passion & people who want change and a future that is safe for their children… 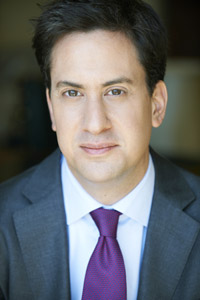 That change is Labour! Labour lead by Ed Miliband.