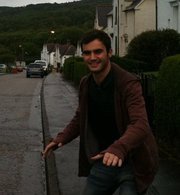 As a social democrat living in Essex, I fall into something of a progressive minority. I often find myself up against socially conservative views – usually when I’m sitting in the passenger seat of a taxi – challenging the regressive orthodoxy of England’s “deep south”. When Rosie asked me to write for her blog, I thought I’d offer up a few suggestions as to how we can make this case to our opponents.

One of the failures of New Labour in pushing the equality agenda was the implementation of liberalism from the top-down. This not only alienated and bred resentment towards people we were trying to empower as a party, but also entrenched the views of our opponents. We failed to take people with us, especially in the south of England.

So where do we stand now in the fight for equality? Stripping it down to the bare bones – assessing how far we’ve come in our “revolution of the mind” – will arm us with the tools we need for the future.

The reaction to the sexism at Sky Sports is a useful marker. Despite the sympathy for Andy Gray and Richard Keys that many of my friends and peers exuded, very few of them – even the most conservative – would dispute the notion that women are equal to men (and rightly so, of course).

I was enjoying one of my aforementioned taxi journeys a few months back, and the driver was harping on about the unfair treatment of the press towards Keys and Gray, calling it “liberal fascism”. Whilst he might have thought it was “just a bit of banter”, I put it to him how he would feel if his wife daughter was being asked by her boss to tuck in his shirt for him at work. He didn’t have an answer.

Similarly, during a recent barbecue I hosted with some friends – all of which were male, I might add – the subject of women in the cabinet was being discussed. “If they’re good enough, they’ll get there on merit,” said one. The ensuing debate was one I feel as though I won, and had convinced the others – who had previously held similar views – of my position. So I’ll relay it in full:

Other: “because they’re not good enough”

Other: “why does it have to be 50% women? Some men might be better at the job than some women? Why is gender tokenism important?”

Me: “it’s not. It’s just curious that if women are as capable as men of doing a job, then you’d expect – at least some of the time – women to make up around, or close to, half of the cabinet. I wonder why that isn’t the case?”
Other: “I don’t know.”

Instead of making our ultimate cause – increased representation of women in politics – we should be posing the question, “why is it that, if women are of equal worth to men, they’re under-represented in government?”

We can then offer up reasons as to why, and make the case for positive discrimination or a reformed political process that is more inclusive, and looks less like a boys’ club.