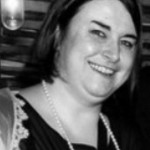 What does a 27 year old care about pensions?

Well actually quite a lot. I might be 27 and not be retiring until I am 68
(or older) but I am paying into a so-called “gold plated pension scheme” or
the local government pension scheme as it is more commonly known.

I’m paying into my works pension scheme because it is affordable and means
that I will be able to look after myself in my retirement. But this
government are trying to make the scheme unaffordable for many low paid
women such as myself.

They are changing the scheme from a final salary scheme to a career average
scheme, which means many people paying into the scheme will end up getting
less when they retire and changing from retail price index to consumer price
index will devalue the public sector pension pot by £84m. This on top of a
50% increase in contributions which won’t even go into the pension pot, but
will end up paying off the national debt and deficit problems caused by the
reckless actions of the banks. The government is making us work longer, pay
more and get less.

If the government makes the pension scheme so unaffordable that people start
to pull out of it what would the impact be?

Firstly the pension scheme is self funding, people work and pay into the
scheme and people retire and withdraw from the scheme. If a lot of people
pull out this balance is disrupted and the pension can no-longer self fund.
This happened in Warwickshire and the government had to bail out the pension
scheme at the expense of the tax payer. Not what the government want to
happen

Also if people do not provide for their retirement, then they may need to
claim benefits when they hit retirement, which will drive up the welfare
bill! I wonder if this government has thought through their pension reforms
at all!

Sarah is a 27 year old UNISON activist from Nottingham. She is also a parish
council leader and a local government worker.