On June 5th after being at Health Scrutiny at Lincolnshire County Hall, I decided to travel down to Westminster, with only 2 mins to catch a connecting train.

I wanted to go to the memorial for Emily Wilding Davison. This was being held at Westminster Hall between six and eight pm. Westminster Hall is a historic building, many political events have been witnessed over hundreds of years. It was only fitting that a memorial to brave Emily was there. 900 people had arrived for the event, this was impressive and showed the depth of feeling for the suffragette movement.

The memorial began with Emily Thornberry MP , who had arranged the event  introducing Mr John Bercow, the Speaker of the house. He read out documents regarding what the politicians thought of the Suffragettes at the time.

This was followed by speakers Harriet Harman, deputy leader of the Labour Party. Who as ever was wonderfully passionate about women’s issues. Theresa May spoke next and what struck me was her message that we needed more women in politics to bring that difference to Parliament.

There were further speeches by Salma Yaqoob, who made an excellent speech about women and social justice. Sandy Toksvig entertained with her witty speech and finally Dr Helen Pankhurst gave an awe inspiring speech about how we must continue to fight for women’s equality and how the Suffragettes would have been thrilled to see us in Westminster Hall. But her final sentence was one that I could not forget, that Emily Davison would not understand why so many women today do not use their vote. And knowing what Emily did to fight for the right for women to vote, women need to exercise that right for the women who bravely fought and died to give us that right. 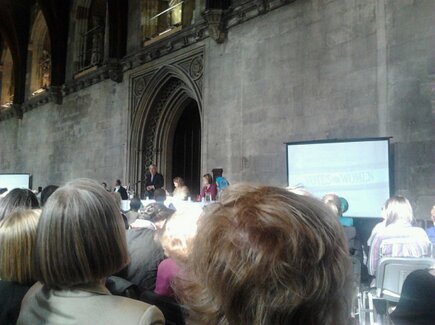 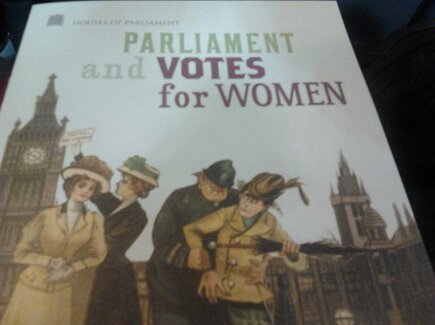 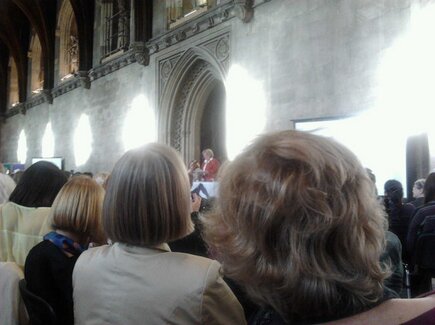 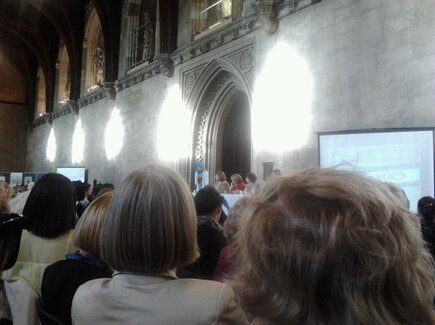 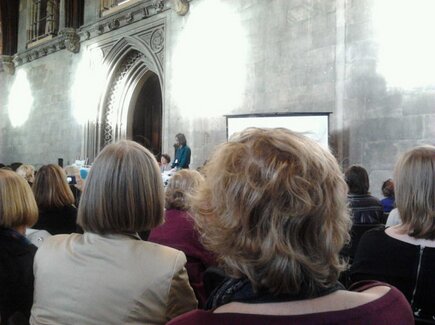 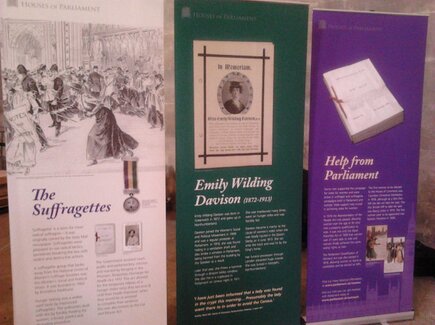