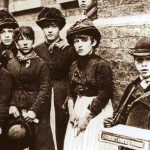 On Wednesday 30th November 2011  there will be a strike by public sector workers . They will be striking for their pension rights .

This will be the biggest strike action in nearly one hundred years . The headteachers , who to my knowledge have never striked , will be striking . NAHT . This is unheard of . This is action that should be respected . Teachers are a dedicated workforce, they don’t strike for any reason . I know this because my family are teachers, my father was a headteacher . My family business is teaching .

This is why we should listen . I support their brave actions and yes they are brave.  Teachers do not want to let their children down , they are professional.

Also , let’s face it , who can afford to lose a day’s pay in today’s harsh climate , where the cost of living is squeezing us all. It is the teachers who are the middle earners, who will lose their child benefit . It is the teachers who will be paying more into their pensions and getting less out at the end, that will have to work till they are 68 .

Many have said that this is a strike of women , many women work in the public sector and it was women in 1888 that stood up  against tryanny , they were brave .

In 1888 in the Bryant and May Factory , women and teenage girls made a stand.

In the factory they worked a fourteen hour day , they had poor pay, excessive fines and severe health problems , such as phossy jaw.

It was the dismissal of one of the workers that caused the workers to stand up for their rights. They had suffered working in these conditions, they had no rights. Enough was enough .

The dismissal of the worker had been triggered by an article written by Anne Besant and Herbert Burrows  , which was published in the “The Link” on 23rd 1888 called *White Slavery in London* . This had made the Bryant and May management angry , who tried to get their workforce to sign a paper to contradict it, which they refused to do. This led to the dismissal of the worker on 2nd July 1888 . This set off the strike.

The strike started immediately and 1,400 women and girls were on strike by the end of the day . The management offered to reinstate the sacked employee , but the women then demanded other concessions  , particularly in relation to unfair fines which were deducted from their wages. A deputation of women went to management but were not satisfied. By 6 July the whole factory stopped work.

About a hundred women went to see Anne Besant , to ask for help.

A strike fund was set up by some newspapers and collected donations from readers. The Fabian society helped. Meetings were held , they met MPs and there was alot of publicity. The London Trades Council became involved. At first the management wouldn’t give in to concessions,but  factory owner Bryant was a leading liberal and didn’t want bad publicity. Meetings were held with management and on 16th July offers were made.

The women had achieved to abolish unfair deductions , future grievances could be taken straight to the management without having to involve foreman, who prevented management from knowing previous complaints. Meals would be taken in a separate  room, where food would not be contaminated with phosphorous. These terms were accepted and the strike ended.

The campaign against phosphorus matches continued .

In 1908 the House of Commons passed an Act prohibiting the use of white phosphorus in matches after 31st December 1910.

This is a story of bravery and how women , girls stood up against injustice.

This strike is justified action to protect the rights of public sector workers. Their pensions are being attacked by management . They are making their stand as the match girls made their stand over one hundred years ago and in this we must support their actions, we must be brave.