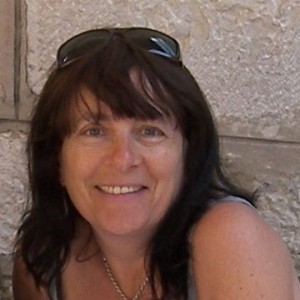 Taking the very breath away from small charities and leaving them fighting for life is becoming an increasingly familiar story across the country. Small charities are seeing their lifelines either cut completely or seriously damaged through funding cuts, justified by those that make them, as a response to our debt crisis.

I work for a small play charity and am chair of trustees of a domestic violence charity. Both these organisations offer services to the most vulnerable in society, ensuring that needs are met and helping to build cohesive communities that care. However due to the local authority significantly reducing funding to local groups, front line services to the community are being severely affected.

This is an issue across the country and in some cases small charities and community based organisations that have been delivering services on the ground are now closing. The net impact of this is that those most in need of support and advocacy are sidelined and left to fend for themselves. The cost of this is likely to be far more than the savings made.

One has to wonder if the government and local authorities are thinking this through properly. There often appears to be knee jerk responses to the cuts without a thorough analysis of the impact on those most directly affected. There is often no outcome based accountability by local authorities to determine which services provided in the community are the most effective and improving outcomes for families and communities. Cutting funding to those that are making a tangible difference is like a knee in the crotch.

There is something fundamentally wrong with a government policy that allows local authorities to make cuts to services that help to build social capital and ensure communities are safe. Children’s and youth work, family support and work with hidden communities and the most disadvantaged are all essential for building cohesive communities. They are being prevented from doing what they are competent to do because both central and local government react to crisis rather than responding to long term need through prevention. I am convinced that the cost to communities will be far greater in the long term.

In essence the ideals around localism and the Big Society sound tangible but in truth they are no panacea for crumbling communities. Existing local charities and community groups already provide essential services and support to people in need, whether it be children and young people, those with disabilities, hidden communities or those facing violence and abuse. All the decision making is happening at local authority level and they are making choices based on keeping their own jobs (or at least that is how it seems). Vulnerable people are paying the price for an economic disaster over which they have no control.

There is a sense of anxiety within the social sector as charities and community groups come to terms with having to deliver more for less. The government’s public modernisation agenda highlights a commitment to support charities, co-ops, social enterprise and others enabling them to have a much greater involvement in running public services. However with decreased funding and further funding cuts it is a challenge for local groups to develop their business plans so they are best placed to enter into public service contracts. So whilst it makes sense that charities and community groups are at the heart of the Big Society, the actuality of it means that for many they simply won’t have the capacity to deliver.

Cameron said that “in too many instances, people are asked to settle for second best” over public services. It seems to me that this is exactly what will continue to happen unless local authorities wake up and realise that for many people the first choice services are being delivered buy local charities and community groups. But for how much longer?

Smaller charities, like the two I am involved with, are now having to rapidly consider new ways of working in order to maintain services and ensure that needs are being met. Whilst some might suggest this is a good thing and that its about time charities woke up and became smarter, the timescales are against us.

I am employed through the governments transitions funding to enable a play charity to look at sustainability after having its local government funding radically reduced. I have 7 months on a part time basis to make a difference! The charity has been delivering play services for over 30 years in a community that has a number of challenges and where families are under stress. It has been a lifeline to many families and has offered a safe haven for children at risk of abuse or neglect. As an inclusive play setting it also offers respite play sessions to children with disabilities, the only place that does in the area.

I feel a bit like Flash Gordon with only 14 hours to save the earth, but at least I have 7 months in which to come up with a plan of action! Whilst this is likely to be an uphill trek I do believe that for us and many other charities in a similar position we are tenacious and have a sense of professional integrity so that despite the economic catastrophe we will survive. We have to believe that otherwise we fail our communities and the most vulnerable in society.