You might think that Maternal Mortality is not a major issue in the 21st century.
Surely this would have been a problem in the 19th or early 20th Century but not in the modern world ? 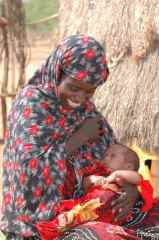 Statistics show that women in countries like Liberia, Sierra Leone and Afghanistan are dying in childbirth at a rate of almost one per minute.

Even in developed countries such as the USA. Between 2003 and 2007 the average maternal mortality rate is 13 deaths per 100,000 live births.

One woman every 15 minutes has complications so severe that she nearly dies.

358,000 women in the world and 3.6 million newborns die each year due to largely preventable complications in pregnancy, childbirth and early postpartum.

How can we tackle the problem of maternal mortality in the 21st century ?

Well we can campaign, we can push governments for change and we can create awareness on these issues. 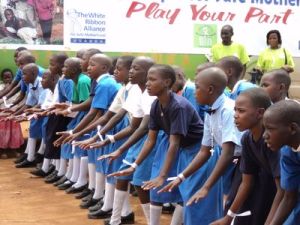 This is exactly what The White Ribbon Alliance for Safe Motherhood (WRA) has been doing. Launched in 1999. It is an international coalition which pushes for change to make pregnancy andchildbirth safe for women and newborns around the world.

It is a grassroots movement that builds alliances, strengthens capacity, influences policies, harnesses resources and inspires action to save lives of women and newborns around the world.

White Ribbon Alliance has members in 152 countries and is growing. It has 15 National Alliances which include Bangladesh, Zambia and Nepal.

In 2000 the United Nations decided to set a Millennium Declaration for nations to form a global partnership to reduce extreme poverty with a deadline of 2015. This was encompassed in the Millennium Development Goals MDG’s which include Maternal Health.

The WRA and other partners co-ordinated with International Budget Partnership to launch *ask your Govt* an initiative to find out if governments are devoting their budget and time to areas critical to development . 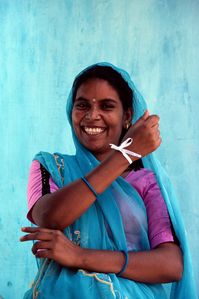 WRA activists investigated how much governments are spending to improve maternal health ,protecting the environment and how much they are receiving in foreign aid. From the 80 countries that information was requested , the response was poor. Governments were only giving out limited information on what they spent their budget on and  on the key interterventions relating to the fulfilling of the MDA’s . The one exception was New Zealand.

The WRA wants to put pressure on Governments to make their budget’s more transparent. This is important, so that it is known what the Governments are spending their money on and then money can be directed into areas where there are issues such as maternal health. 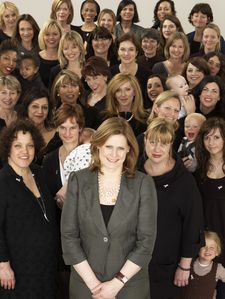 Another campaign that WRA introduced and was a huge success was Million Mums campaign and it was this campaign that introduced me to WRA and the wonderful work that they do. The campaign was launched on 22nd March 2009 on Mothers Day. The campaign  raised awareness about maternal health in the UK and supported the national alliances. Included a launch with celebrity mums, activities at Glastonbury and *Downing Tweet*. I was invited to *Downing Tweet* by Sarah Brown, who is the global patron of White Ribbon Alliance.

Sarah has been patron since 2008 and has been involved with charities that deal with women’s health, also charities involved with children and young people. Including PiggyBankKids  http://piggybankkids.org/. Sarah has been a wonderful patron for WRA and has created awareness for the organisation. I wouldn’t be writing my blog today about WRA if it wasn’t for Sarah introducing me to this brilliant organisation.

We need organisations like the WRA to create awareness on maternal mortality,to push governments to be open about what they are spending their money on, to get activists on the ground campaigning.

WRA is achieving this, a statement from Brigid McConville, UK Director of White Ribbon Alliance for Safe Motherhood  : 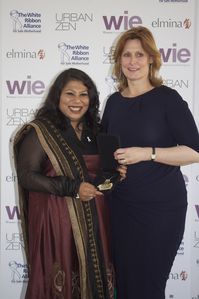 “2010 was a groundbreaking year for the White Ribbon Alliance. The number of women dying is decreasing, investment is increasing and people are talking about this issue like never before. We are finally making progress but there is still along way to go.Half of women in Africa still give birth with only a friend or neighbour to help them.The WRA is at the forefront of uniting a grassroots global movement working for change so that women’s deaths in birth and pregnancy are no longer ignored”.

Sarah Brown says “The power of the White Ribbon Alliance comes from its wide grassroots membership now in 152 countries around the world. From large organisations to individual activists, everyone plays their part to amplify the issues around maternal mortality so that governments everywhere act to protect the health and wellbeing of women during pregnancy and childbirth. We need to value women everywhere and also understand that as mums they also protect and nurture their children – and the world’s future. I am so proud to have played my part in the maternal mortality campaign, and will continue to act for mums until no one dies avoidably in pregnancy and childbirth”.

You  can support White Ribbon Alliance for Safe Motherhood at http://www.whiteribbonalliance.org/