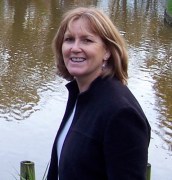 It’s time to end the culture of blame on schools in working-class areas. Only limited gains can be made by changing the way these schools are run. Real improvements in education will come from a more equal school system, where students from different backgrounds attend school together.

This week, I finally got round to reading Michael Gove’s speech to the National College for School Leadership. In the same week, I have been writing a document about creating a strategic vision for school improvement. Uncannily, the theme of the ‘moral purpose of education’ ran through both.

When Gove says what unites educational professionals is ‘the belief that lives can be transformed by what goes on in schools,’ there is little to argue against him since, when students are from areas of high deprivation and low aspirations, their education is their only hope to attain a better life. On the same lines, I have said that a school’s strategic vision must be based on core values and a clear moral purpose with the attainment, progress and well-being of the learner at its very centre.

Sadly, Gove’s speech goes on to underline what little success we have had in our poorest communities. ‘Of the 80,000 students leaving school last year who were eligible for free school meals, only 40 made it to Oxford or Cambridge, only 1 child from all the state schools in Greenwich.’ Over the last two decades, a raft of initiatives and significant funding has been aimed at inner-city schools. But in spite of all that, young people from wealthy neighbourhoods are still six times more likely to go to university than their counterparts in poor areas.

Gove may be ‘haunted’ by the plight of those students from the poorest neighbourhood but I have never yet heard him, or any of his predecessors, admit that the policies of the Thatcher government and successive administrations are largely responsible for it. They have led to a polarised education system, effectively creating ghetto education for the poorest of our children. It is little wonder that inner-city schools have failed to raise aspirations and social mobility in our communities.

Two major factors have contributed to this woeful position. The first was a change in ideas. In the 1980s, new research into school improvement argued that some schools were more effective than others in improving student outcomes. This countered earlier research which had found that a student’s academic achievement was dictated by their social background. As the cold winds of accountability blew through the 1980’s, politicians were swift to seize upon and adopt these findings – since it enabled them to blame headteachers, rather than social and economic factors, for poor performance.

The second was a change in politics. To further compound the culture of blame, Thatcher’s government in the 1980s adopted market policies in education. The result was polarisation. Whilst market forces increased competition for the more able students, it created unequal opportunities for different groups of parents. Middle-class parents, with financial, social and cultural advantages, were able to manipulate the education system to serve their own ends. This led to a ‘middle class drift,’ as parents moved their children away from less advantaged schools to those perceived in the league tables to be more advantaged.

Poorer families, on the other hand, were left with no choice. Urban schools that had once had an eclectic mix of students became effectively schools for the poor, and for those who were not wanted, for behavioural or educational reasons, in the more privileged schools. Thatcher’s government and those that followed have succeeded in isolating working-class children in the poorest communities, and ensured that the middle classes can use education to maintain a position of superiority. But they have used school effectiveness research findings to put the blame for all of this squarely on the schools themselves.

More recent research, including my own PhD (Merrett 2004), suggests that the findings of the 1980s have been thoroughly overplayed. It is impossible to ignore the impact that the student’s social background has upon educational aspirations and outcomes. Effective schools can have some impact on student attainment, and schools have certainly become more adept at using tracking and intervention and providing courses that better suit students’ needs. But this effect is relatively small, compared to the impact of the social mix and economic background of students in the school. Despite efforts to improve schools, the attainment gap between the poorest students and their more affluent peers remains a significant failing in our society.

So if all that has never worked, what can we do to help students in poor areas? One answer is to reverse the polarisation we have seen – and ensure young people from different backgrounds go to school together. Recent research has shown that the social mix of schools has a huge influence on a student’s level of aspiration, access to the curriculum and behaviour. When students from poorer backgrounds attend a socially diverse school, there is a positive impact upon their attitudes to education and their outcomes.

There is solid evidence for this. Some faith schools, for example, attract students from a wider area than the typical state school, and therefore have a more comprehensive range of student intake. They show that less advantaged students benefit from the social mix, achieve better outcomes and have greater aspirations. Examples in my own area are St Ambrose Barlow RC High School in Swinton, St Patrick’s High School in Salford, or Trinity High School in Manchester – all high attainers, but none of them in leafy areas. Although it is early days, there is also some evidence that where new Academies have taken students from a wider area, or taken students from different schools, there has been the same positive influence.

The ‘Moral Purpose of Education’ is indeed to transform lives – and in so doing to transform our culture and society, by improving the economic prospects and well-being of all students. But Gove is wrong to assume the answer lies in measuring schools by the percentage of students who can achieve five highly academic GCSEs. All that can hope to achieve is to restrict the opportunities of many students and create a further divide between middle-class, high-achieving schools and those in less advantaged areas. We need a more radical approach to school organisation: a move away from ghetto education in the poorest communities, and towards a more equal system, with a mix of students in all schools.