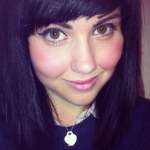 Last Saturday was one of first visits home from university- so I expected there to be a few changes. My lovely mother taking up a new hobby, perhaps? Something mundane like where we keep the jam? However, what I was not expecting to change upon my return was the mindset of my compassionate father. Over morning coffee and BBC Breakfast I found myself scowling over Cameron’s claims that his current pension offer was the best deal on the table and his threats to withdraw it if Wednesday’s strikes go ahead. Half-morning grumpiness and half-fury, I turned to my father to complain, expecting him to agree with me; I was quite wrong. His response sounded like a mix of Cameron sound bites, ‘irresponsible’, ‘unsustainable’, ‘we need to cut the deficit’ ‘…but last government overspent’. I was quite shocked by this outburst. You would have thought someone married to an NHS nurse, who has had countless experiences of good service from the public sector would know how hard they work and how they deserve every single penny of that pension- which, for the majority of public sector workers- isn’t so ‘gold-plated’ after all.

Behold, we have a perfect example of the disgruntled private sector worker- a product of the coalition’s campaign to drag all N30 protesters through the mud. Naturally, not all private sector workers share my father’s bizarre views, but it’s unsurprising that discontent is growing as N30 draws nearer. In the run up to the strikes, we’ve heard that these vile, money grabbing public sector workers are going to put a £500 million dent in the economy, force single parents to lose a day’s pay, postpone operations, jeopardise patient safety, create 12 hour delays at Heathrow all in a selfish bid to keep their extravagant pensions. To add insult to injury, reports have also been released of private sector pensions experiencing a reduction of 16.7% in the past year- resulting in even more fury from those who believe that our nurses, teachers, firemen and policemen need to stop complaining and just ‘get on with it’, like they have done.

Almost every comment section of a news article reporting on the strikes will contain numerous comments of this persuasion. It would be understandable if all disdain was aimed at the most senior civil servants who manage to clock up grand lump sums and annual pensions that some people can only dream of, but it’s not the case. It’s unsurprising in a time where fuel and food prices are higher than ever, that those with less stable jobs and without a state pension will feel hard done by when they are bombarded with various claims that their taxes are funding luxurious state pensions (when in reality, the average is around £ 7,800 with more than half of people claiming less than £5,600) Although N30 has a fair amount of public support, at 61% in poll commissioned by the BBC, we can’t ignore that more than third of people believe the government’s fantasy economics and tales of ‘gold plated pensions’. If we respond to the coalition’s obvious attempts to spark a Public vs. Private war then we’ll be headed straight for a race to the bottom. Idealistic as it seems, why do people desire to drag down public sector pensions, when should be looking for ways to make things fairer for all workers?

Back in J30, although I supported the principle of the strikes- I did find myself wondering why the focus was on strike action, rather than channeling all of our efforts into negotiation. Four months down the line, and negotiations have been stalled. Our hard working public sector has been told to work longer and to receive less, and that this is the best deal that they can be offered, which is wrong on so many levels. Although tomorrow won’t immediately give our workers a better deal, it certainly won’t be ‘pointless’- which is the adjective of choice for many of its critics. The coalition needs to be shown the public sector are not going to accept their campaign of bullying, and aren’t just going to ‘get on with it’. With hope, tomorrow’s events will get negotiations going again- with the eventuality of a fairer deal for the public sector.

I fail to see N30 as merely a public sector strike over pensions; when people take to the streets tomorrow, they will be taking a stance against our government who seem to favor imposition over negotiation in absolutely every situation- and this can’t be allowed to continue.